Red Flags Interviewers Should Look Out For 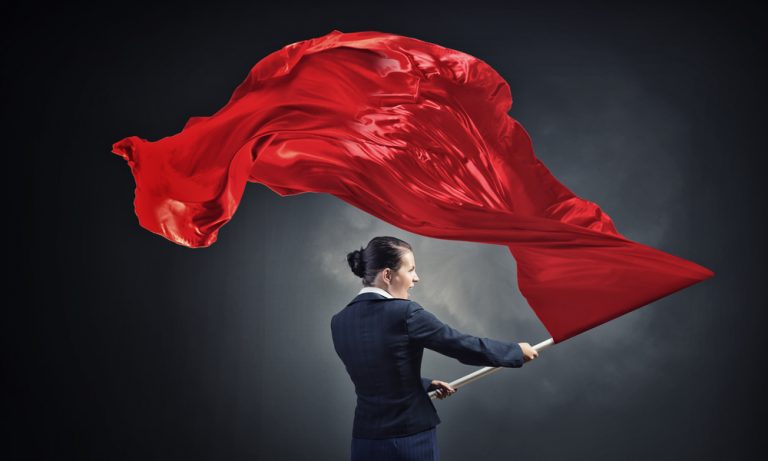 You’re likely to meet all kinds of candidates when interviewing for a job and usually it doesn’t take long to see who will be a good fit for the role and for the company. There are occasions, however, where a candidate seems perfect at first but becomes problematic later on. Sometimes this is completely unavoidable but there are a few seemingly innocent red flags to look out for that can help identify potential problem employees.

Showing Up Late to The Interview

Traffic issues, delays in public transport, rail strikes, and even poor weather conditions can all make a candidate late for an interview. Most interviewers will have sympathy for a candidate experiencing delays but when an interviewee shows up late with little to no warning or explanation this can be a red flag. Not phoning ahead to let an interviewer know they’re going to be late or not being able to explain lateness shows flagrant disregard for other people. A candidate who has no problem keeping someone waiting, gives vague and contradictory excuses, or outright refuses to explain lateness is likely to have problems meeting deadlines, managing their workload, and respecting authority.

It’s also worth watching out for candidates who complain their previous workplaces were too serious or even too “politically correct”. Regardless of how relaxed your business might be compared to where a candidate previously worked, you need to know you’re hiring someone who is able to act professionally and respectfully. When candidates complain about colleagues or management being uptight, unable to take a joke, or too sensitive what they’re really telling you is that they aren’t willing to be mindful of other people’s feelings which can be a big problem later on down the line.

Unexplained Gaps in CV or Job-Hopping

Job hunting can be difficult, and most interviewers will allow for reasonable gaps between jobs. That being said, if a candidate’s last job was in 2013 it’s completely acceptable to want to know why they have such a big gap in their CV. The same applies for job-hopping. Sometimes a candidate will have jumped from one job to the next due to an unavoidable incompatibility, but this shouldn’t happen three, four, five times in a row. This could be an indication that your potential employee has a problem staying in one place too long or doesn’t work well with others.

There’s no such thing as a perfect candidate and no workplace is without its issues or conflicts, but by keeping an eye out for the red flags listed above you’ll have a much easier time spotting potentially problematic employees. Are you looking to fill a role within your workplace? Our friendly and professional team of recruitment specialists will help you find the perfect candidate. Visit our Employers page to find out more.

Thank you for choosing Rapid Recruit. Please click the link to register with us. Once completed we will contact you with any suitable positions, and arrange to check your Right to Work Documents, and discuss your application further.

To be fully registered and considered for work you MUST follow the link and complete all the forms.

We also have an upload section where you can upload several important documents to assist your application.

In this ID and CV Submission Portal you can add:

Please indicate the roles you are applying for, and very importantly as much work history as you can to back up your abilities to fulfil the roles.

Your application will be input and scanned to our secure database. If in the future you do not wish your data to be held by Rapid Recruit Ltd the please email jodie@rapid-recruit.com who will ensure your data is deleted.

Good luck with your application.